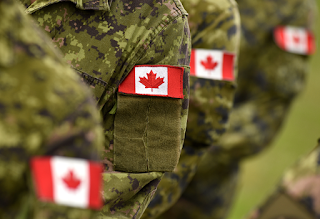 It is true that the captain will not have the opportunity to repeat his final interview with his commanding officer or the release ceremony in the presence of his family. During those events, he will be addressed as 'captain'. Nevertheless, in light of the possibility of having the release documents corrected, I do not consider the harm to be irreparable. (para 16).

However, Bell CJ still considered the 'balance of convenience', and concluded that it favoured the respondent (the Crown).  Noting the similarity with the judgment in Lyons, Bell CJ concluded: "The harm, if any, does not outweigh the interest of upholding the order issued by the military judge."
Limitations of Remedies
That said, and with the greatest respect, I do take issue with the conclusion that Bell CJ draws concerning the application of subsection 30(4) of the NDA - hence the third issue I enumerate at the outset of this post: Remedies, where a conviction or sentence at court martial is over-turned on appeal, are limited to the direct consequences of the disciplinary proceeding.
Recalling that (now) Captain Duquette will be release at some point this month (November 2020), Bell CJ also held: "... subsection 30(4) of the NDA provides that a member released by reason of a sentence or a finding by a service tribunal may be reinstated. I am of the view that the NDA provides partial relief for the appellant."  Respectfully, the Chief Justice misapprehends the application of subsection 30(4) of the NDA.  The NDA will not provide any remedy regarding Captain Duquette's release from the CF.
This provision states:

(4) Subject to regulations made by the Governor in Council, where

(a) an officer or non-commissioned member has been released from the Canadian Forces or transferred from one component to another by reason of a sentence of dismissal or a finding of guilty by a service tribunal or any court, and

(b) the sentence or finding ceases to have force and effect as a result of a decision of a competent authority,

the release or transfer may be cancelled, with the consent of the officer or non-commissioned member concerned, who shall thereupon, except as provided in those regulations, be deemed for the purpose of this Act or any other Act not to have been so released or transferred. [emphasis added]

This remedial power does not apply to an administrative decision to release a member of the CF.  It is expressly limited to the sentence of dismissal or a finding or guilt that leads to release.

It is not clear if Captain Duquette will be released voluntarily upon completion of his present Terms of Service under item 4 of the table to QR&O 15.01.  The judgment in Duquette does not specify.  However, it would not be surprising to learn that Captain Duquette was being released under item 2a to the Table to QR&O 15.01.  That would be consistent with the approach taken by Director Military Careers Administration (DMCA) where CF personnel have been found guilty of sexual misconduct before military tribunals and civilian courts and, perhaps more significantly, even where they have not been found guilty.  And that is an important distinction.

According to the fourth, and most recent, 'Progress Report' on 'Sexual Misconduct', compulsory release is the most commonly used administrative response.  And, as the Op HONOUR policy directives state - particularly the Sexual Misconduct Incident Management Decision Tree - these decisions are distinct from, and do not require a conviction under, the Code of Service Discipline.  The policy promulgated by the CF is quick to assert that an acquittal by a court martial or civilian court of criminal jurisdiction is not determinative of a decision by DMCA that is made on a balance of probabilities (see the notes pertaining to the Sexual Misconduct Incident Management Decision Tree).

If Captain Duquette is being released pursuant to a compulsory release decision, that decision would have been made by DMCA subsequent to an Administrative Review under Defence Administrative Order and Directive (DAOD) 5019-2.  That decision would likely have relied, in part, upon the conviction at court martial.  However, it would have been a separate decision, distinct from the Code of Service Discipline proceeding.  And DMCA has consistently asserted that the outcome at court martial - specifically acquittal - is not determinative of her administrative decision.  Unfortunately for the transparency of such decision-making, those administrative decisions are not subject to the same notorious publication as decisions at court martial or by the CMAC.

The CMAC has no jurisdiction to review a 'release decision' by DMCA, although such a decision could, potentially, be relevant to the 'balance of convenience test'.

If Captain Duquette wished to challenge the compulsory release decision made by an administrative statutory decision-maker (DMCA) he would be obliged to grieve that decision under section 29 of the NDA.  The grievance would take far longer to adjudicate than it would take to implement the release decision by DMCA.  Consequently, the 'balance of convenience test' from RJR Macdonald would be relevant to any application to the Federal Court seeking an interim interlocutory order barring compulsory release pending the resolution of the grievance.  However, just as that would be an issue for a distinct court, it is also a separate issue for another Blog post.

If Captain Duquette is successful in his appeal of the finding (or simply the sentence), the sentence will be overturned (or, potentially, substituted).  If it is overturned, he can seek to have his rank upon release 'corrected'.  However, he will still be a former member of the Canadian Forces.  He will have still been released.  And the CMAC has no jurisdiction over a decision made by DMCA, distinct from any Code of Service Discipline proceeding. 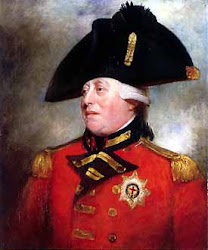